Lesaffre set the global standard for yeast and other fermentation products. The company designs, manufactures and markets solutions that promote baking, nutrition and health.
You are on Lesaffre website
Lesaffre group
Select a Page
Scroll to top

Lesaffre China 2016 campus recruitment kick off in He Nan University of Technology
Nov 17, 2015

Nov.14th, 2015, the French company, Lesaffre Group as the world largest yeast and fermentation solution provider had the 2016 campus recruitment formally kicked off in He Nan University of Technology.

He Nan University of technology is jointly established by both the People’s Government of He Nan Province and State Grain Administration. It was named as “Zhengzhou Grain College” in the old time with its predecessor being “The Central Cadre Institute of Grain”. With its good reputation for being the “Asian Grain College”, the graduating students of its “Institute of Grain and Oil” are the main targeting candidates for the 2016 campus recruiting plan. 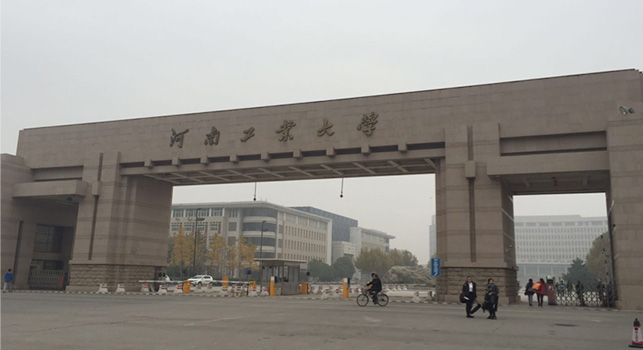 HR department is fully responsible for the preparation and launch of the campus recruitment in He Nan University of Technology. And a two-day trip was arranged for this recruitment event.
On Nov.13th, 2015, two colleagues from Recruitment of HR Department in Shanghai HQ had come to the “Institute of Grain and Oil” of He Nan University of Technology to pay for a visit. They had met with MS. Lin Mingang who is responsible for the Employment of Students and had a in-depth sharing about the college as well as Lesaffre Group. Later, Professor Bi Yanlan, the postgraduate tutor for Oil, kindly offered a tour around the college. She had specialy introduced the “Bakery Research Center of He Nan University of Technology” as well. It was found and run by MR. Zhao Renyong, the Vice president of the college, the doctorial tutor for Grain Engineering and was mainly established for practical research targeting the bakery related fields.

Long queues had been formed in front of the booth of Lesaffre company since the very beginning of the job fair on the second morning. The two HR colleagues had communicated with the students patiently about the positions, job contents, future training plan and development path, etc. one by one. In the afternoon, a special sharing and career talk of Lesaffre China was held in the “Jie Sai Room” inside the Institute of Grain and Oil. All seats had been occupied for more than 100 students during the sharing. Lesaffre China Recruitment Manager, MS. Vivian Shao had given a detailed and vivid introduction to the audience about Lesaffre Group, the present and future development of Lesaffre China, the Lesaffre Trainee program, etc. All the participants listened carefully and showed great interests in the Lesaffre Group. They also had expressed great expectation for further communication with the company pretty soon.

In order to ensure greater proximity to its clients, Lesaffre today has more than 35 production sites in addition to numerous sales and distribution companies